News
You are here: Home1 / News2 / Du VInage News3 / The new series of ‘Death in Paradise’ with music by client David Celia and... 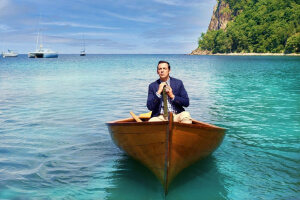 The latest series of the hugely popular Caribbean set crime drama ‘Death in Paradise’, featuring a score composed by Magnus Fiennes and David Celia starts airing on BBC One and BBC iPlayer from Friday 7th January.

‘Following on from the festive Christmas Special, life returns to normal on Saint Marie, meaning there’s another murder to solve for DI Neville Parker and the team as a kidnapping goes wrong, with someone ending up dead as a result. To help cope with the sky-high murder rate on Saint Marie, the Honoré Police Force welcomes a new recruit in the form of Sergeant Naomi Thomas.’