News
You are here: Home1 / News 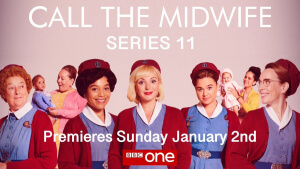 The new season of ‘Call the Midwife’ featuring music composed by Maurizio Malagnini will start airing on BBC One from Sunday 2nd January at 8pm.

‘The series kicks off at Easter 1967, and celebrations are underway for a colourful Easter bonnet parade outside Nonnatus House. Sister Monica Joan and Reggie are excited about the Eurovision song contest, while Cyril and Lucille settle into blissful married life. After taking some time away following the death of their newborn son, Derek and Audrey Fleming return to Poplar with good news – Audrey is pregnant again.

During demolition work at a nearby tenement block, the builders make a shocking discovery. The news ripples through the community, and the police are called in. The trail leads to someone close to home and has a heartbreaking effect on the team.’

‘Jamie Dornan stars as a British man who finds himself in the glowing red heart of the Australian outback, being pursued by a vast tank truck trying to drive him off the road. An epic cat and mouse chase unfolds and the man later wakes in hospital, hurt, but somehow alive. Except he has no idea who he is. With merciless figures from his past pursuing him, The Man’s search for answers propels him through the vast and unforgiving outback.

Full of shocking, surprising, funny and brutal turns, The Tourist is set in a world populated by quirky, enigmatic characters and off-beat comedy punctuates high-stakes action. At its heart however, is a story of self-discovery with a ticking timebomb underneath: as The Man starts to uncover the mystery of who he was, he’s also forced to ask who he is now – and fast. Will he unlock the secrets of his identify before those who are trying to kill him catch up with him?’ 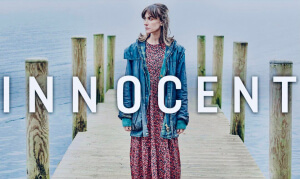 Samuel Sim has composed the score to the second series of ITV’s psychological thriller ‘Innocent’ which begins airing on ITV Monday 17th May at 9pm.

Katherine Kelly leads the cast as schoolteacher Sally Wright, who has allegedly been having an affair with her 16-year old pupil, Matty Taylor. When the boy is brutally stabbed with a broken cider bottle, suspicion lands on her and she’s convicted of murder – before evidence emerges that restores her freedom (but not her reputation). 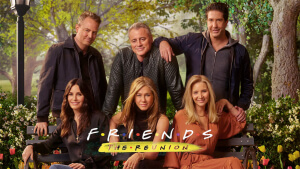 Excited to finally share that client Rael Jones has his song “We Had Spirit” featured in the ‘Friends’ reunion special now streaming on @hbomax. #raeljones #friendsreunion #hbomax #friendshbomax

‘The Kings’ spotlights boxing’s evolution from the end of Muhammad Ali’s era to the era of the four boxers, set against the seismic political and socio-economic shifts taking place in the United States. Through in-depth interviews and archival footage, the series also examines the very personal battles that each man waged on his unique journey to the center of the sports world. 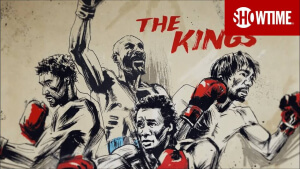 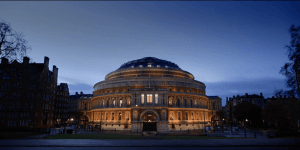 Steven Price has composed the score to ‘Your Room Will Be Ready’, a short film celebrating the 150th anniversary of The Royal Albert Hall. Directed by Tom Harper, the film features archive footage of many great performances from the venue and Mick Jagger narrates with a poem by W. H. Auden.

The much loved award winning show ‘Call The Midwife’ has returned for a tenth series featuring a score by Maurizio Malagnini. It began airing on Sunday April 18th on BBC One.  This season of Call The Midwife will take place in 1966 and it looks set to be eventful. 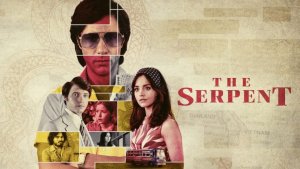 Dominik Scherrer has composed the music for the Mammoth Screen produced series ‘The Serpent’ which aired in the UK in early 2021 and will begin airing on Netflix April 2nd. The series is written by Richard Warlow and Toby Finlay, directed by Tom Shankland and Hans Herbots and produced by Stephen Smallwood.

Inspired by real events, ‘The Serpent’ will document the crimes of Charles Sobhraj. As the chief suspect in unsolved murders of young Western travellers across India, Thailand and Nepal’s ‘Hippie Trail’ in 1975 and 1976, Sobhraj had repeatedly slipped from the grasp of authorities worldwide to become Interpol’s most wanted man, with arrest warrants on three different continents. He became known as The Serpent due to his skills at deception and evasion, but also was labelled The Bikini Killer on account of the clothes worn by some of his victims. Tahar Rahim stars as Charles Sobhraj with Jenna Coleman as his partner Marie-Andrée Leclerc, the cast also includes Billy Howle and Ellie Bamber.

The Serpent has become BBCiPlayer’s most watched new title since Normal People with over 31 Million streams across the series so far. 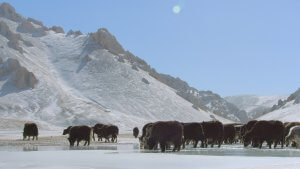 Tibet: Roof Of The World which was scored by client William Goodchild is set to premier in the coming months in the US and Europe and China.

Documentary feature “Tibet: Roof of the World” is set to premiere on leading broadcast channels in the U.S. and Europe in the coming months, following a series of co-production deals. It is also poised for a theatrical release in mainland China, where cinemas have reopened this week after being closed for nearly five months.

The film takes an in-depth look at and explores life on the highest mountain plateau on Earth. The inhospitable environment is home to varied wildlife, including: wolves struggling to raise pups in the rugged peaks; rare snub nosed monkeys facing family dramas on the forest slopes; chiru antelopes that travel hundreds of miles to give birth while facing death; and hardy pika which tough out the elements all year, whilst under constant attack. 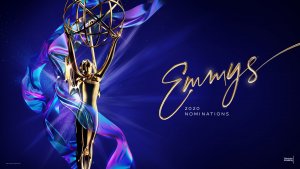 Massive congratulations to Martin Phipps for his Emmy nomination for ‘The Crown – Series 4’ in the Outstanding Music Composition For A Series (Original Dramatic Score) category.